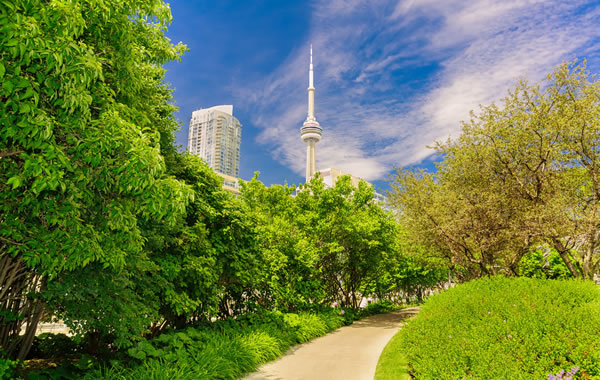 Parkland dedication fees should be used to build parks in the GTA.

Did you realize that when you sell and buy a new home in the GTA, as much as a quarter of the price consists of fees, taxes and charges imposed by the three levels of government?

Given how much these government levies add to the cost, it makes sense that we want governments to be responsible and transparent about how the funds are spent. Unfortunately, this is not always the case — and new homebuyers may be left wondering: “Where did the money go?”

One example is the parkland dedication fee. Ontario’s Planning Act allows municipalities to require that each new development contribute land for a park, or pay a fee to be used to purchase parkland, or to pay for buildings and machinery for parks or other recreational purposes. The idea behind parkland dedication is that adding new homes and offices applies additional pressures on existing parks, which can be relieved by asking development to contribute new ones.

Our industry supports the expansion of parkland in the GTA to accommodate growth. Parks provide enjoyment and recreation for residents, workers and visitors, as well as habitat for wildlife. But what happens when you pay for a park and don’t get one? We question whether parkland fees are always invested properly.

The City of Toronto, for instance, requires that a residential development in a parkland acquisition priority area — which covers most of the city — contribute 0.4 hectares per 300 units, with a cap of 10 to 20 per cent of the site area, or payment in lieu. Because development sites in the city tend to be small, many developments contribute money instead of land. This parkland fee can add almost $20,000 to the cost of a new highrise condo suite unit in Toronto. And parkland fees are even higher in other municipalities in the GTA.

According to an 2017 report from city staff, Toronto collected $482,930,013 cash-in-lieu-of-parkland payments from residential and industrial development for the 10 years between 2006 and September 2016. As of the end of September 2016, $196,454,624 in the city’s parkland reserve funds remained uncommitted. Shouldn’t this money actually be used for parkland acquisition and development? The city needs a realistic plan for how they are going to spend the money and provide residents with the parks they paid for.

Now there’s a proposal to update the rate of cash-in-lieu-of-parkland in many areas where significant development is happening — including the Yonge and Eglinton neighbourhood, and downtown Toronto. All of the proposed formulas would increase costs for new homeowners, further eroding housing affordability in the city. When you pay for a park, you should get one, or you should at least know how the money will be spent. All government fees imposed on new homeowners should be invested in a transparent and responsible manner. The upcoming municipal elections are a great opportunity to contact your local candidates about this and other housing issues.

Go to buildforgrowth.ca for more information.

Time for serious action to address the shortfall in...