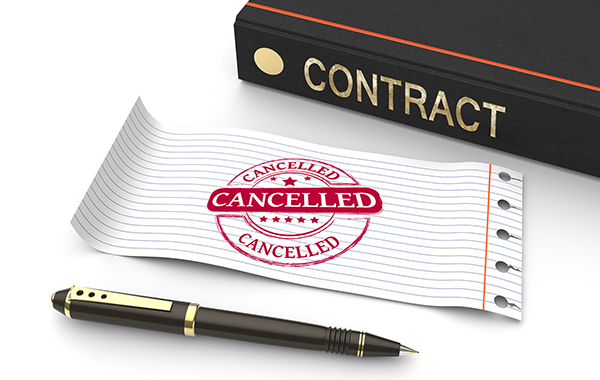 There has been much talk in the press this year regarding some high-profile condominium cancellations. One of the most high profile of the cancellations was the 1,200-suite three-building project Cosmo by Liberty Developments, which left purchasers scrambling to find equivalent units in the current marketplace. Overall, for 2017 until June 30, 2018, Altus Group reports 17 projects were cancelled for a total of 3,627 units.

The reality is that over the last seven years, an average of 17 per cent of proposed units have been cancelled for a variety of reasons. The number of units cancelled this year is in line with the average.

In the past, however, most of the projects that have been cancelled due to their uneconomic viability resulting in a lack of financing, a lack of sales or delays in municipal approvals. It should be noted that builders are extremely limited under the current Tarion regimen and have few termination rights (other than purchaser default). These include: (1) lack of specified government approvals; (2) lack of a specified number of presales; (3) unavailability of satisfactory financing; and (4) failure of the purchaser to provide evidence of finance ability. All need a specific outside date to satisfy the applicable condition which simply cannot be later than the outside date under the Tarion rules, as selected by the builder.

Many of the more recent cancellations are not due to lack of sales, but rather a lack of financing and the underlying reasons are usually delays in municipal approvals and escalating costs as a result of these delays.

The public and the press have speculated that the real reason behind these cancellations is so that the builder can resell these units at current and significantly higher prices. The actual reality is far from this conjecture.

The last thing that builders want to do is cancel a project. It reflects on their credibility and reputation both with purchasers, trades and Tarion. Projects are only cancelled within the limited termination rights that builders have under the purchase agreement and only as a last resort. The cost of cancelling a project can be significant in terms of lost marketing fees, real estate commissions and the additional carrying cost of the lands.

One of the real culprits in these unfortunate cancellations is the ever growing red tape and delays in obtaining government approvals. These can include anything from actual rezoning and official plan amendments, site plan approvals and signoffs by various departments to permit the issuance of building permits. As a result of these delays, carrying costs mount, construction costs continue to escalate while the developer is prevented from signing up his construction contracts without having a firm construction start date. And to add salt to the wound, the municipality itself creates extra costs by raising its development charges, park levies, planning fees and building permit fees while the builder waits for his approvals to come through.

The most recent example of this was the significant increase on November 1, 2018, of Toronto development charges on all projects. Avoiding the increase requires payment only when full building permits have been issued. Numerous projects had completed their submissions and were awaiting their building permits, which, in many cases, were delayed by the city beyond November 1, 2018. This alone has resulted in significant increases in DCs that may or may not be passed on to the purchaser. At the end of the day, every development needs to make a reasonable return. Banks will simply not finance projects where this return is not evident and, without bank financing, the projects simply cannot be built. The provincial government has recently asked for input from Tarion and the residential building industry as to the causes of the condominium cancellations and what can be done to best protect purchasers from the unfortunate results of a condominium cancellation.

The reality is that purchasers buy into projects at a very early stage, many even before full approvals are available, on the basis that they are getting in at the ground floor at a lower price. The downside of getting in early is that there is a higher risk of a project cancellation if the approvals do not come through or costs change materially such that financing is not available. Those purchasers that do not want to be exposed to those risks can simply wait to purchase a project at a later stage of the development, i.e. when approvals are in place, or when construction has commenced, or even when construction has been substantially completed so that they can plan their move-in timeframe.

There are certainly other tweaks that can be made to the process to ensure transparency and fairness. Payment of some interest to purchasers on deposits above the currently low statutory rate, and disclosure to Tarion of the underlying economic reasons as to the lack of financing by an independent cost consultant, could be considered.

At the end of the day, the real key in this environment is to properly educate consumers as to the risks of buying projects from plans. The problem with most new condo buyers is that they do not read the documentation or pay their lawyers to do so, other than the price and the adjustment clause. The solution is really to educate consumers as to these risks, no different from the risks of investing in the stock market or mortgages, or any other type of purchase or investment. Consumers need to go in with their eyes open.

Leor Margulies is a partner at Robins Appleby LLP.

THE DESIGNER: The elephant in the room

12 Changes that will increase housing supply in Ontario