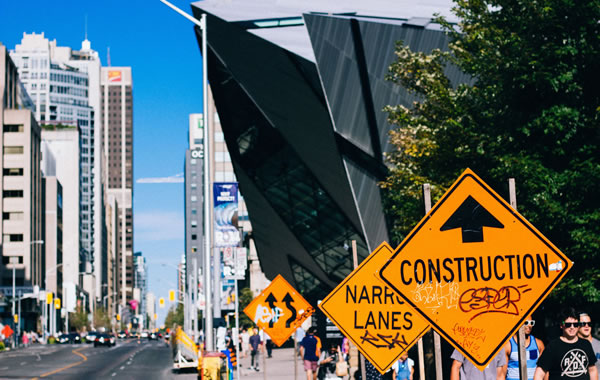 Inhale, exhale: It’s difficult to sit and wait for the fate of an industry to be decided by 25 people.

But that’s what it came down to at a recent Toronto city council on Wednesday, April 17. Luckily for new condo buyers, renters, construction workers and residential construction at large, compromise won the day and it was a decision we can all live with when it becomes effective on Oct. 1.

Council voted 21-4 in favour of Councillor Ana Bailao’s motion to the noise bylaw exemption to amend the proposed permit process for continuous concrete pouring. The originally proposed Municipal Licensing and Standards (MLS) exemption process would have crippled the industry’s ability to deliver desperately needed housing supply – new condos and purpose-built rentals – to Torontonians and put thousands of jobs in jeopardy. What’s most helpful is that the bylaw change authorizes the executive director of MLS – not city councillors – upon receipt of an application for continuous concrete pouring, to issue an exemption permit contingent on having a noise mitigation plan. The status quo exemption was working for us, but this amendment represents a workable compromise for industry. It’s no secret that industry wants to work closely with Toronto residents, city council and MLS staff to ensure projects are completed as quickly and efficiently as possible – we welcome discussion as clear dialogue makes for better business.

We appreciate the comments by Mayor John Tory, who recognized that we want to wrap up new development in a timely manner so we can get out of current residents’ hair, as well as building housing for Toronto’s future residents.” We’re grateful to city council for hearing us out, and thankful that we had good partners in LiUNA Local 183, the Building Industry and Land Development Association (BILD) and the Ontario Formwork Association, which have been advocating alongside us, as we have taken on this issue for several years.

Jason Ottey, director of government relations and communications at LiUNA Local 183, said that Councillor Bailao was to be commended for explaining to council her father’s work as a concrete finisher. “We are happy councillors like Councillor Bailao understand this issue. We thank the councillor for sharing her family’s table conversations in a public forum for a complex issue that affects the entire city. We are very happy with the outcome of today’s discussion and vote as we continue to build new homes and infrastructure for Toronto.”

Our old pal, David Wilkes of BILD, had this to say: “Builders want to be good neighbours, too. The city council decision allows our industry to continue to produce jobs, housing supply and attract investment to the city.” It’s also worth noting that red tape wasn’t added on to hurt affordability. And for that, Toronto’s homebuyers can breathe out a sigh of relief. We will too.