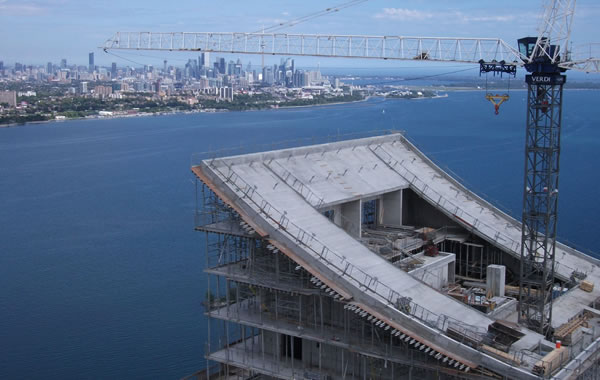 As the old saying goes, “there is more than one way to skin a cat.” When developers ask how Cameron Stephens is able to provide creative capital that allows them to get the most out of their projects (and by most, I mean the most money), such an adage applies.

Over the past 10 years, we have financed a wide range of development projects, from a small eight-unit townhome site in Richmond Hill to a 108-unit church conversion in downtown Toronto, to the largest condominium in Kitchener, and a revolutionary student residence in Guelph. Every developer is different, so we always start with one question: What are your three hot spots (AKA the three most important items when it comes to putting your financing in place). Believe it or not, unlike the mortgage on your home, the interest rate is not always the number one priority. Here are the three common hot spots I hear time and time again.

The equity requirement is the amount of cash the developer can inject into the project. This is typically the number one priority when discussing financing with developers. Typical Schedule I banks such as TD, RBC and CIBC almost always require a larger percentage of project costs be financed with equity than non-bank lenders such as Cameron Stephens.

Typically, new condo construction projects are financed by a combination of a construction loan, purchaser deposits and the developer’s equity. As you can imagine, given the size and scope of projects that are coming to market today, the amount of equity required from the developer is extremely important. For example, if a developer were to finance a $100-million condo project via a Schedule I Bank, the equity requirement would be anywhere from 15 to 20 per cent of total costs, or $15 million to $20 million. This is a large cheque to write, especially if you are a medium sized developer with several projects on the go. The equity required for each project adds up quickly, so the need to minimize the equity requirement is real.

Cameron Stephens offers a solution to the equity issue by marrying institutional capital (such as banks and trust companies) and private capital, resulting in a blended “A/B” deal for the developer. In the aforementioned example, Cameron Stephens would be able to provide the same project financing but would require the developer to inject only $8 million to $12 million of equity, or eight to 12 per cent of project costs. This is due to the private capital providing a higher loan amount than would be approved by a financial institution, in exchange for a higher return. This flexibility allows developers to increase the number of projects that they have on the go at one time, while also increasing their return on each project as they are putting in less capital upfront.

The way project financing is structured can make or break a development. Alternative lenders such as Cameron Stephens can help developers structure their deals in a more creative fashion, resulting in increased flexibility, particularly with regards to the ability to recognize appraisal surplus (the difference between the land’s current market value and its original purchase price) as equity, the ability to commence construction of a project with a lower (or no) presale test, and the ability to address any issues that arise in a timely fashion, to ensure that project construction is not delayed. We aim to fit a square peg in a round hole, whereas the Schedule I banks demand square pegs in square holes.

The cost of financing is always an important consideration and keeping overall project costs down is vital in order to maximize profitability. However, financing costs are generally secondary to the above two priorities, and most developers will pay a premium to reduce their equity requirement and obtain a more favourable deal structure. Many developers utilize the cash on cash return metric (the cash income earned on the cash invested in a project) and therefore the internal rate of return (IRR) is secondary. As such, developers will generally support adding the layer in the capital stack that mezzanine or secondary financing provides, at the expense of a slightly higher interest rate. We never lose a deal over pricing. There is always something more important that keeps the developer up at night, and they are happy to pay an extra quarter point on the interest rate for a good night’s sleep.

All levels of government responsible for the artificially high cost of...