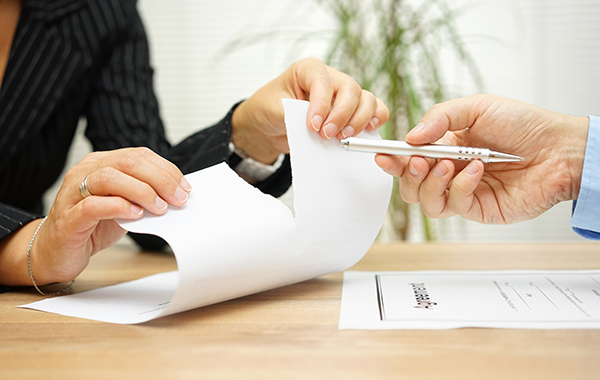 Two recent court decisions have rekindled the focus on the hot real estate marketplace and escalating costs, and their impact on termination of low- and highrise preconstruction contracts. There is both good and bad flowing from both of those decisions. Builders need to take care when drafting their agreements both in completing the Tarion addendum and also protecting themselves from potential damage claims and actions for a specific performance by insertion of certain provisions.

In this case, Green Urban sold 26 municipal freehold, common element condominiums pursuant to agreements containing early termination conditions which required the builder to obtain “severance, site-sign agreement, draft plan and condominium exemption and part lot exemption by-law.” The vendor also did not tick off the appropriate box in section 6(c) as to whether or not the agreement actually contained an early termination condition. The condition expired at the end of October 2020 and, was not met. The vendor is required to send notice out five days after expiry of the condition to notify a purchaser whether the condition has been satisfied but if it does not send out such notice, the condition is deemed not satisfied. In this case, the vendor did not send out the notice until eight months later.

Instead, the vendor continued to accept deposits from some of the purchasers and sent out a notice March 1, 2021 extending the tentative closing date. It was only in June 2021 that Green Urban sent out notices to the purchasers that the agreements were being terminated as a result of the early termination condition not having been satisfied.

Green Urban went back to all 26 purchasers and offered to resell the units at a 25-per-cent increase, citing the increase in construction costs. Eighteen purchasers agreed to sign the agreements at the increased price. The eleven purchasers of the remaining eight units brought an application to court to seek certificates of pending litigation to be registered on title, pending an arbitration proceeding being heard pursuant to the provisions of the addendum, to determine whether or not the early termination condition was valid in light of a number of technical objections being raised. These related to the failure to tick off the appropriate box confirming that there was or was not an early termination condition, and also failing to separate out all of the various governmental approval conditions contained in the one condition. There is a requirement under the addendum that every condition be separately identified.

In order for the court to award a certificate of pending litigation which would tie up the property and prevent the vendor from reselling it pending arbitrator’s determination, the purchasers had to establish two things:

Regarding the first issue, the court held that the purported deficiencies and the drafting of the early termination clause were sufficient to constitute a triable issue. On the second issue, the court held that if successful, the purchasers may very well be entitled to an order for specific performance for the contract. This result is exceptional as normally, in order to obtain an order for a specific performance for land, the property must have such unique characteristics that damages would not be a sufficient remedy. In this case, the court made a determination that because prices had gone up so dramatically in the area, the property was unique in that it could not be replaced at the same price in the area.

The case is ground breaking because uniqueness for real estate is generally not measured based on cost but rather the type of building, location of the land and difficulty in replacement. An increase in costs can be normally compensated by damages and in the past, would not have been considered “unique.” Nonetheless, the court held that due to the extraordinary change in the marketplace, this property was unique to these purchasers.

There are two lessons to be learned in this case. Firstly, drafting and completion of the addendum must be carefully done and strictly adhered to. Secondly, a builder’s conduct and treatment of its purchasers will impact on the court’s ultimate determination. The builder waited eight months before terminating the agreements and led the purchasers, by his actions, to believe that the agreements were fully unconditional. They had accepted the deposits and sent out extensions of the tentative occupancy dates. They admitted in court that the increase in costs was a material factor in making the decision. The equities certainly favoured the purchasers. Being a good corporate citizen and dealing fairly with purchasers will go a long way in equalizing a perceived imbalance of bargaining power between consumers and builders.

On a more positive note, the Supreme Court of Canada recently upheld the Court of Appeal Decision in the Castlepoint Greybrook case. In that case, the developer terminated preconstruction condominium agreements on the basis that the developer was not able to obtain satisfactory financing. A class action was commenced by the purchasers with regards to the proper exercise of the developer’s discretion relating to the financing condition and its good faith in taking all reasonable steps to satisfy the condition. The developer chose to bring an expeditious procedure known as a motion for summary judgment, to dismiss the claim on the basis that even if the purchasers were correct in their assertion, the purchase agreement contained a clause that specifically provided in the event of termination of the agreement by the vendor, whether for cause or otherwise, the purchasers’ remedies would be strictly limited to a return of the deposit. The Supreme Court of Canada upheld the enforceability of the clause and the right of parties to negotiate an agreement that limits remedies in the event of a default. Accordingly, the class action was dismissed as even if the purchasers were successful in attacking the exercise of the early termination clause, there would be no damages rewarded.

THE LAWYER : Modernization of the Construction Act