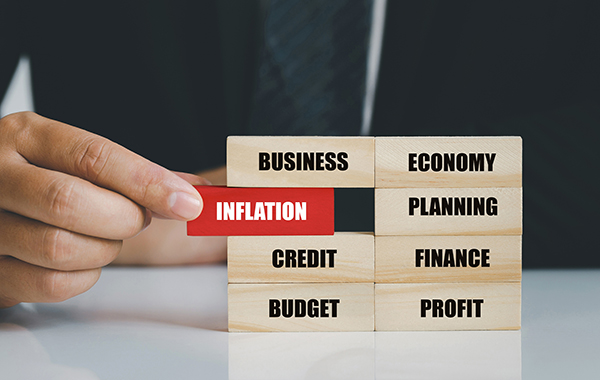 Indeed, it was a health pandemic, and not an economic shock, which inevitably triggered a recession in 2020. Nevertheless, to help revive economic growth, this prompted massive fiscal and monetary stimulus by governments and central banks around the world. In North America, excess slack in the economy was absorbed ahead of schedule. By the fourth quarter of 2021, Canadian GDP was back to pre-pandemic levels, with inflationary pressures gaining momentum. Along the way, inflation was also being stoked by supply chain issues, particularly in computer chips, commodities and housing. Adding further fuel to the fire, recent geo-political tensions that broke out in late February added further pressure to the supply of goods and by extension inflation. Readings for Canadian inflation in February were between 4.8 and 5.7 per cent, and these have yet to capture the full effect of the Russia-Ukraine crisis, nor rising Omicron cases in China and further upside can be expected in the months ahead.

Where are interest rates headed?

Forecasts are calling for steep rate hikes in Canada and the U.S. through the rest of 2022 and into 2023. Inflation expectations among consumers have been very much range-bound in recent decades, but are now showing signs of de-anchoring.

This poses risks to actual inflation, primarily through the wage channel. If workers expect inflation to trend higher, they will try to negotiate higher wages. With tight labour markets, employers may have to comply to attract labour, but could recoup these costs by passing them onto final prices.

To restrain inflation expectations and maintain credibility, our central bank will need to raise rates more aggressively. However, there are limits on how aggressive they can be. Given that supply chain impacts beyond our borders are the bigger driver of inflation, monetary policy is not as effective in reigning in this type of inflation. Indeed, the Bank of Canada may try to avoid prospects of stagflation, knowing that growth, at this juncture, is more sensitive to rate hikes than inflation is.

What does this mean for mortgage rates and the housing market?

The prospects of higher mortgage rates have already impacted the housing market. More households have entered the mortgage and housing market in recent months to beat the increases that are coming. This has inflated the number of sales above levels that fundamentals can support. But so too have sales been stoked by investors, who have been fairly active in recent years.

What does this mean for housing prices? Clues on where prices are headed can be determined by the balance between demand and supply, which is still quite elevated. Rising mortgage rates will most certainly impact the ability of new buyers to enter the market, but may also attract more listings from those investors who want to lock-in some capital gains. Existing mortgage holders will be less impacted, as their mortgages have been recently stress tested. Look for a more balanced market and for demand to shift to more affordable housing, such as rental and condominium tenure. Price growth, particularly for detached housing, should slow in a more pronounced way from the record-breaking double-digit pace witnessed in recent years. 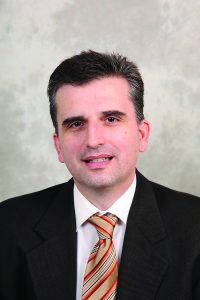 Ted Tsiakopoulos is a professional economist, author of Property Trendsetters: Successful Toronto Real Estate Experts Share Key Insider Secrets, and sought-after speaker with more than 25 years of experience analyzing housing and financial markets. He has also worked as an investment counsellor on Bay Street in Toronto. ttsiakop@cmhc.ca
or LinkedIn/Ted Tsiakopoulos.