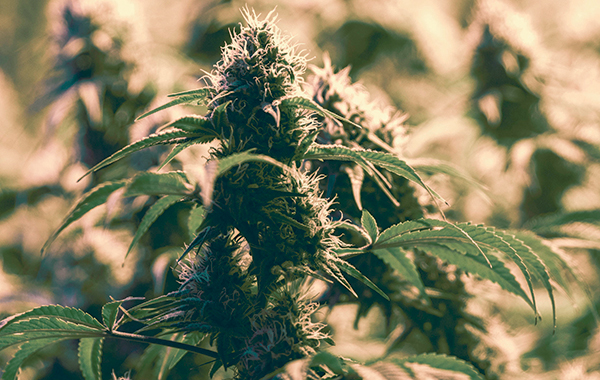 How to handle legal and medicinal weed on the jobsite. A death on the jobsite is always tragic. But the timing of the December 24, 2009, accident that took the lives of four construction workers was particularly heartbreaking.

Six men were repairing the balconies of a highrise in Toronto’s west end, but the swing stage they were working on was only designed to carry two. The scaffold collapsed, sending four of the men plummeting 13 stories to their death, while a fifth survived but sustained serious injuries. The sixth man was the only one wearing proper fall-arrest equipment.

Toxicology reports released during subsequent court hearings revealed that all four victims had marijuana in their systems. Marijuana can remain detectable in the body up to a month after consumption so it’s impossible to say if the dead men had consumed on the job but, if they had, the impaired judgement, dulled reflexes, and the potential for dizziness or altered depth perception that can result from consuming weed could certainly have been a factor in their deaths. Ultimately, the company they were working for was fined $750,000 and the onsite manager received a 3.5-year jail sentence for unsafe practices.

A 2016 Alberta Health Services report found that 16 per cent of construction workers had used “illicit drugs” (primarily marijuana) in the previous year.

Sometime later this summer the recreational use of marijuana will become legal across the country, and a growing number of Canadians already have the legal right to consume it for medical reasons. The implications of legal weed have lead many to ask important questions, including employers looking to ensure a safe jobsite for themselves and their employees. STATISTICAL IMPLICATIONS
A 2016 Alberta Health Services report found that 16 per cent of construction workers had used “illicit drugs” (primarily marijuana) in the previous year. Respondents also said “that street drug use is socially acceptable among their coworkers” and that “drug use had a serious impact on the job performance of their coworkers.”

In a 2017 Health Canada survey of 2,650 pot smokers across the country, nearly 20 percent admitted to consuming marijuana during or just before starting work, including 8 percent who said they did so on a weekly to daily basis.

Most experts agree that with the legalization – and de-stigmatization – of the drug, usage will likely go up, so if pot isn’t being used on your jobsite now, it’s increasingly likely to.

Slowed reaction times, inability to focus on detailed tasks, dizziness, and other side effects can have serious consequences on a jobsite. In addition to the risk of accidents while driving or using power tools and heavy equipment, impairment can lead to damage to customer’s property or company equipment and materials.

Then there are the health impacts on the user. Long-term, or “chronic,” users can experience impaired memory retention and difficulty maintaining focus even when not high, particularly if they started smoking in their early teens. Heavy use can also trigger depression, anxiety, or even psychotic episodes, not to mention the negative impacts on the respiratory system.

And, as a business owner, you don’t want your clients or their neighbours raising a stink about skunky odours wafting through the jobsite. RED EYES AT MORN… There are a few tell tale signs that someone might have snuck off for more than a smoke break, including:

POLICY STATEMENT
“The single most important thing is to create a written drug and alcohol policy for employees, if you haven’t already,” says lawyer Alan Riddell, who will be speaking about the jobsite implications of legalized marijuana at a Greater Ottawa Home Builders’ Association event in April. “The angst that many employers are feeling is overblown,” he adds. “[Employers] are free to insist that employees are not using drugs in the workplace and are free to terminate anyone who does.” That “anyone” does come with a couple of caveats: addicts and medicinal users.

“I’m not a big fan of zero tolerance policies,” says Baldev Gill, chief operating and financial officer of the Chartered Professionals in Human Resources of British Columbia and Yukon. “It opens you up to a liability issue if someone has an addiction.” Addiction is recognized as a mental health issue and employees with addictions are protected under human rights law.

“I think it’s better to have a nonimpairment policy stating that you can’t show up under the influence of anything that will impair your judgement, including fatigue,” says Gill.

As the co-owner of a development company, Gill has had plenty of firsthand experience dealing with drug use on the jobsite. One time he says, “our backhoe guy was stoned out of his mind. I could smell it on him, his eyes were red and glossy, and he was jittery. I sent him home for the day. He came back the next day and all was good.” In another case, he terminated a framing contract after catching some of the subs high for the fourth time. “The contractor said, ‘I’m going to sue you for breach of contract.’ Ultimately, I’m responsible for workplace safety. I have to be seen doing the right thing,” says Gill. The contractor never did sue.

Riddell suggests that your employment contract should “require advanced disclosure of an addiction, and spell out the reasonable consequences in the event of disclosure or non-disclosure.”

You can’t fire someone for disclosing an addiction, but you can require them to successfully complete a treatment program as a consideration for continued employment. “Addiction is considered a chronic brain disorder. It’s not a moral failing,” says Stacey Petersen, executive director of the non-profit Fresh Start Recovery Centre in Calgary. “Treat addiction as you would any other chronic illness.” Many healthcare plans cover the cost of addiction treatment. Even with a 40,000-sq.ft., 50-bed facility that includes a gym and movie theatre, there’s a waiting list for Fresh Start’s 12- to 16-week program.

Last summer, the Supreme Court of Canada heard the case of a mining machinery operator who was fired after he got into a workplace accident, then disclosed a cocaine addiction. The court ruled that his employer could legally fire him for breaching the company’s policies by failing to disclose his addiction ahead of time. MEDICAL MARIJUANA
The other potentially problematic situation is medicinal marijuana. As of June 2017, there were a little over 200,000 registered medical marijuana users in Canada, with the vast majority of license holders in Ontario (81,522) and Alberta (68,055).

To get government approval, applicants must submitted documentation from their physician explaining the patient’s medical needs. Once approved, the user purchases their marijuana from a government-licensed facility. (There are a number of dispensaries across the country that issue “medical marijuana cards” and sell the drug, but until federal legislation is changed these are not legit – nor legal.) If an employee insists they have a legitimate medical need, ask to see government documentation.

If the paperwork stands up, you still have options. Gill feels that “impairment is impairment. As an employer you have a responsibility to all your employees. He can take his medical marijuana after hours.”

There are a number of variables that can influence the degree of impairment a user feels, including prior experience using the drug, and the level of THC in the strain consumed. Even the method of ingestion – smoked in joint, pipe, or vaporizer, or eaten – impacts the level and duration of impairment.

If the employee insists on the need to use during the day, you may be forced to reassign them to tasks that don’t require driving or using power tools. If that new job is a more menial one, Riddell says that, “in theory, you’re able to reduce their salary.”

It’s “in theory” because, to date, there hasn’t been much litigation regarding medical marijuana and the workplace. But Riddell feels it’s analogous to disabilities. He gives an example: “An employee goes on holiday and gets his arm mangled by a boat propeller. When he comes back to work he can’t operate the Bobcat anymore. The employer has an obligation to accommodate for the disability. But if the only job available pays 70 percent of his old salary, the employer has no obligation to top off the salary.”

THE FAILURE OF RANDOM TESTING You might be tempted to consider introducing random drug testing as a way to protect yourself. There are a couple of flaws in this logic. For one, as mentioned earlier, marijuana can remain detectable in your system for up to a month after cosumption. A test taken Monday can show positive for use that occurred days or even weeks earlier, with absolutely no risk of impairment on the job.

The other factor is that “the courts generally don’t look very favourably at random drug testing,” says Gill. “It has a place, but in limited circumstances.” One example would be requiring an employee who has completed an addiction treatment program to submit to testing as a condition of returning to their job.

Alberta provincial courts, under lobbying pressure from oil and mining industries for “safety sensitive positions” are a bit more open to drug testing. A study conducted in Alberta in 2002 found that construction companies cut workplace injuries in half (from 8.9 injuries per 200,000 work-hours to 4.4 injuries per 200,000 work-hours) within two years of implementing a drug-testing policy. Still, you’d want to seek legal advice before considering a testing program.

The bottom line: talk to your employees. Let them know that you’re not interested in policing their downtime activities. But, also make it very clear that on the job, safety is your number one priority.

You’ve no doubt heard about the “opioid crisis” gripping towns and cities across North America. It refers to the countless thousands who have become addicted to opium-derived painkillers. Often, sufferers were initially prescribed the painkillers for an injury only to endure much more suffering from withdrawal. All too often an addiction can be fatal.

According to the Canadian Institute for Health Information, 13 Canadians are admitted to hospital every day for opioid poisoning. While this figure includes accidental overdoses in seniors, the rate of hospitalization in 15- to 24-year-olds is skyrocketing. In 2016, there were 2,816 opioid-related deaths in Canada. There were another 1,460 fatalities recorded between January and June of 2017.

Prescribed and administered properly, natural and synthetic opioids help suppress the pain from chronic injuries for hours at a time. Going by street nicknames such as percs, chill pills, and hillbilly heroin, illegal users feel everything from relaxation and euphoria to nausea, vomiting, and difficultly concentrating. Opioids depress the part of the brain that controls breathing, sometimes slowing it to lethal rates. One tally of fatal car crashes in Canada between 2000 and 2010 found that 5.5 percent of the drivers had opioids in their system.

Treatment for opioid addiction can include psychological counselling and a steadily declining dosage of a drug such as methadone to help with the most severe withdrawal symptoms.

If you suspect an employee or co-worker has an opioid addiction, contact your provincial health ministry for a list of local agencies that can provide help. 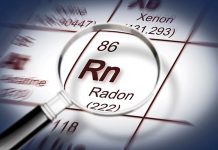 Radon for renovators – the importance of the house-as-a-system 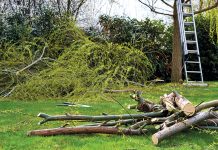 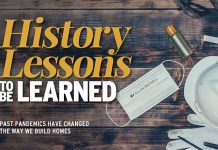 History lessons to be learned