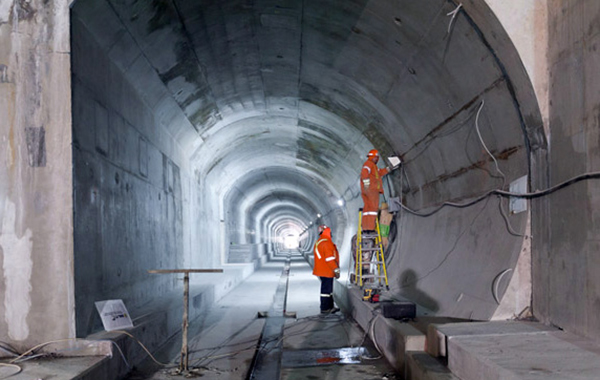 Without a Relief Line, Toronto has been encouraging more condo dwellers to get off the subway and back into cars. After all, who wants to be crammed on a subway platform at Yonge and Bloor these days?

That’s why we have done our part for a social media campaign called #GimmeRelief, by the Residential and Civil Construction Alliance of Ontario (RCCAO). The campaign encourages Torontonians to contact their local councillor at 311 and tell them they want the Relief Line to be the city’s top transit priority.

It seems unreal that a 7.5-kilometre line running from the financial district to Pape Station is still said to be 13 years away but is needed immediately. This line would relieve pressure on the Yonge/Bloor chokepoint and the subway lines, which have seen serious problems like the January 30 instance when the city’s subway came to a standstill. When you see what is built in cities around the world, Toronto looks pretty backwards. The Relief Line would be constructed through a heavily built-up area, so it would be no mean feat. But how does it compare with Madrid’s subway “miracle?” Between 1995 and 1999, it built 56 kilometres of new railway lines, of which 38 kilometres were tunnelled, together with 37 new stations and four interchange stations. That city demonstrated that complex subway projects can be designed and built relatively quickly.

In comparison, the Toronto transit construction experience has typically involved big schedule delays and oversized budgets. Is it possible that it might take longer than 13 years to get this done? With the track record of the city and TTC, you bet it will.

We need to think about the future of this city. Eventually, that will mean continuing to build northward – from Pape Station to connect to the under- construction Eglinton LRT, connecting the severely underserviced Don Mills community. We need transportation experts, not politicians, to define the problems, solutions and priorities for our transit based on existing and projected needs. A new way must be found so that transit planning can be combined with housing around new stations.

Meanwhile, a recent $4.9 billion pledged by the federal government to Toronto transit is long overdue and needs to be expedited. Mayor John Tory listed the Relief Line among his priorities that would benefit from the announcement – an encouraging sign.

But this must be reinforced until there are shovels in the ground. It’s time to make the Relief Line Toronto’s No. 1 transit priority.

Please use the hashtag #GimmeRelief on social media, or call 311 to let your local councillor know the city needs a Relief Line first.

Let’s give Toronto’s condo dwellers and GTA suburbanites some relief so they’re not stuck on crammed platforms and trains, and continue to choose transit. Richard Lyall is president of RESCON.
Contact him @RESCONprez or at media@rescon.com

12 Changes that will increase housing supply in Ontario