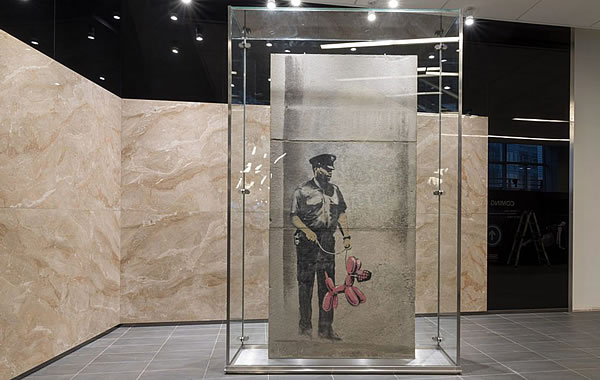 We need more collaboration to create thriving complete communities where people can live, work and enjoy their leisure time.

As development in our region intensifies, public art is flourishing in our communities. Besides beautifying the places where we live and work, these sculptures, murals and LED installations create a sense of community, evoke civic pride and invite tourism. Many of these works are the result of creative partnerships between our industry, municipalities and artists.

In the City of Toronto, a large proportion of public art is funded through the Percent for Public Art Program, which has developers contribute 1 per cent of the gross construction cost of projects to public art. In return, the city may allow them to increase the height of a building or build a denser development, an exchange permitted by Section 37 of the Ontario Planning Act. Depending on the size of the contribution, it may be used to commission an art installation on site, pooled in the city’s Public Art Reserve Fund, or a combination of the two options.

In the last five years, the program has seen the completion of approximately $25 million in public art, with additional funding secured that has not yet been spent. Since its inception, the Percent for Public Art Program has enriched Toronto with more than 150 pieces of public art. Many are part of condominium developments and enjoyed by residents and passersby alike. An example is a work titled “We Are All Animals,” located in a public plaza in front of a condo near High Park. The installation, commissioned by the developer from a Toronto-based art studio, consists of a long bronze bench, a trio of coyote sculptures and an LED screen showing an ever-changing digital rendering of High Park’s landscape.

Another remarkable piece of art that people can enjoy as a result of collaboration between industry and the city is “Guard with Balloon Dog,” a stencil attributed to the anonymous graffiti artist Banksy, which is on display in the PATH system near 1 York Street. It was found on the wall of a former office building in the Harbourfront area. Before the building was demolished, the developer salvaged the panels, had them professionally restored and eventually had them installed, along with a commissioned companion piece, as a public art contribution accompanying its major mixed-use project in the area.

Other municipalities in the GTA are also building their public art collections thanks to partnerships with our industry, despite the fact that public art contributions are voluntary. For example, in Mississauga, a two-part metal and glass sculpture called “Migration” depicting birds in flight, forms a gateway over Duke of York Boulevard where it meets Burnhamthorpe Road. The work was jointly funded by developers behind two nearby condo projects and the City of Mississauga.

In Markham, kids and kids at heart can ride a colourful piece of public art, a merry-go-round featuring characters that evoke Canada, such as a beaver, a Mountie, a moose and a salmon. The carousel, made by Canadian-born California-based artist Patrick Amiot, is called “Pride of Canada,” and was made out of repurposed materials collected across the country. It is the centerpiece of an extensive public art initiative that is being spearheaded by the developer behind the major mixed-use development in downtown Markham. The eclectic public art collection includes street art photography in an underground parking garage and a floral light sculpture over the entrance of a shopping centre.

I could fill several more columns with examples of art that we all get to appreciate because of innovative partnerships between our industry and municipalities. As our region continues to grow, we will need more of this kind of collaboration to create thriving complete communities where people can live, work and enjoy their leisure time. With elections approaching this year, BILD will be asking questions about how we can work together to make this vision a reality.

THE AD EXEC: Market calls for a ‘Think Different’ approach