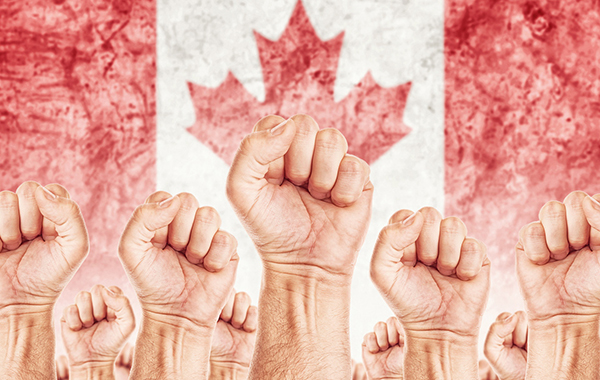 My, how time flies. I am sure everyone vividly remembers the chaos that the residential building industry went through in the spring and summer 2016. I’ve been working with OHBA and Tarion to avoid a repeat of the confusion in 2016. Let me recap:

Under the current provincial legislation, unionized residential building trades can only strike during a six-week window from May 1 to June 15. This is pursuant to contracts that are statutorily mandated to have three-year terms.

In the spring/summer of 2019, numerous trades went on strike seeking substantial increases given the booming residential construction industry.

Under the Tarion Addendum Rules, Critical Dates can be extended by the length of an Unavoidable Delay (which is more than the length of the strike), provided that the applicable notices are sent out as required.

A notice has to be sent out to all purchasers within 20 days of the commencement of the strike confirming that there will be delays.

The new Critical Dates can be extended by the total period of the Unavoidable Delay.

The confusion that arose during the last strike and which will occur on the next strike unless builders understand how the process works, is two-fold:

a) Unavoidable Delay consists of two components. The first component is the length of the strike and the second component is the length of time following the strike that represents the “delay directly caused by” strikes. For instance, the strike might be 45 days. But because some of the trades do not come back to work for another 60 days (or certainly not until the arbitration decisions are rendered as in June/July 2016), the total Unavoidable Delay might be 45 days plus 60 days, being 105 days, not 45 days. That is the first problem.

b) The second problem is when the second notice confirming the length of the Unavoidable Delay has to go out. Most builders were under the impression that the second notice had to go out within 20 days after the end of the strike, which would have been 20 days following June 15, 2016. Builders rushed to get out their notices early and did their best to estimate how long it would take them to complete the houses based on the situation as of the end of June 2016 before the full impact of the strikes was known. In many cases they were wrong and had to pay $7,500 delayed closing compensation. The addendum actually requires the second notice to go out 20 days after the builder has had an opportunity to assess such impact on a particular house or a particular condominium development. The time to assess could take at least month or perhaps longer. The good news is that OHBA and Tarion have had discussions to produce some advisory guidelines to both builders and consumers in anticipation of the next strikes that will likely occur in May/June 2019 confirming the foregoing. Moreover, it is anticipated that Tarion will recognize, as a rule of thumb (not a binding rule), that it will normally take a builder at least 30 days following the strike end to assess its impact on Critical Dates before the 20-day clock starts to send out the second notice. This would give the builder a total of at least 50 days from strike end to send out the second notice (30 plus 20).

We are expecting that Tarion will be issuing these guidelines and sample notices to both builders and purchasers well before May 1, 2019. Hats off to Tarion and OHBA for sorting this out. Leor Margulies is a partner at Robins Appleby LLP and a member of the board of directors of BILD.

THE MARKETER: Mixed-use communities are looking up