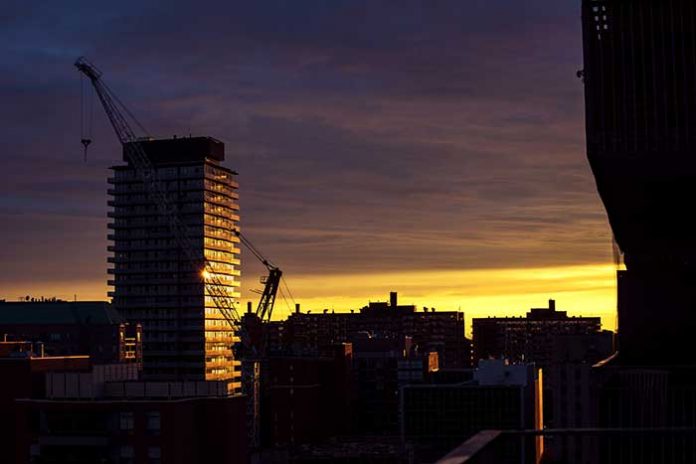 Thursday, May 2, 2019 was a great day for the real estate development industry, homebuyers and renters in the province of Ontario.

The Liberal governments of Dalton McGuinty and Kathleen Wynne over the 12 years previous to the current Conservative government enacted dozens of pieces of legislation that restricted land supply, raised fees and taxes on new and used housing, and ultimately, limited choices for Ontario homebuyers.

A recent report from data company Altus Group showed that the cumulative effect of all Liberal legislation including, in particular, the overly ambitious Growth Plan that resulted in a shortfall of 7,000 units per year needed to meet market demand, was a total of 98,000 missing homes.

The Liberal answer to rising prices was not to get to the root of the problem – being a shortage of supply – but to focus instead on limiting demand.

Two years ago, they introduced legislation that discouraged new rental construction by freezing rents on new purpose-built rentals and imposing a foreign buyer tax that discouraged foreign investment. Although some of these measures helped an already declining market, they did nothing to make housing more affordable or increase the supply. Combined with the stress tests introduced by the federal government in January 2018, demand was further restricted, cooling off all Canadian markets but in particular Vancouver and the Greater Toronto Area.

We finally have a provincial government that has recognized that if lack of housing supply is the issue, we need solutions to fix it.

Steve Clark, minister of municipal affairs and housing, after six months of intensive discussions with all stakeholders came up with a comprehensive revamp to Ontario’s housing policy to create more, and more affordable, housing.

Clark also tried to address the children of the middle class who can’t afford to buy houses, immigrants and others who don’t qualify for low-cost housing, but aren’t rich enough to afford a $1.2-million single-family home in Toronto.

Let’s take a closer look at the 12 steps that came out of the proposals to create more and faster housing supply.

The province will free up surplus provincial properties for homes, long-term care facilities and affordable housing.

The province will hire more adjudicators to free up the approximately 100,000 units that are tied up at the Local Planning Appeal Tribunal (LPAT) (formerly the Ontario Municipal Board). This has delayed the development of numerous low- and highrise sites that would increase supply across Ontario – in particular the GTA and the Greater Hamilton Area.

The rules of LPAT will be revamped to fix two major structural problems with the new LPAT imposed by the Wynne government:

The level of development charges (DCs) will be fixed at the application stage, as opposed to the date full permits are issued. Currently, municipalities will often delay issuance of permits to allow increases in DCs to take effect.

Planning decision timelines will be substantially reduced from the lengthy ones that are now in place, to 120 days for official plans, 90 days for zoning bylaws and 120 days for plans of subdivision. No longer can municipalities use delay as a lever to extract concessions and defeat appropriate new developments.

Substantial planning changes will allow additional residential units for semi-detached and row houses in primary and ancillary buildings. This will allow “granny flats,” apartments and more housing for those who need it to come on the market.

More powers will be given to the minister to use community planning permit systems in areas such as major transit station areas and employment zones to speed development approvals for those areas.

The controversial inclusionary zoning rules, related to requirements for affordable housing and new developments, will be limited to high growth areas and transit or high-density developments.

The horse trading of Ontario’s Planning Act s. 37 benefits, the soft costs in development costs such as libraries, day care facilities and community benefits and the controversial calculation for parkland dedication fees (in part), are all going to be grouped under the same fund to be managed by a community benefits authority. This will provide certainty and clarity as to cost for the development industry to be paid for by the ultimate consumer. Currently, every municipality has a range of cost for parkland dedication fees. For s. 37 charges for upzoning, it is the “wild west” where the local councillor can hold developers to ransom, as there are no legislative guidelines.

Again, various educational authorities are in the midst of reviewing and increasing the Education Development Charges to support new schools. For the next five years, the charges will be limited to modest increases of five per cent per year or $300 per unit as the government examines the requirements for all of the various school boards.

The Ontario Heritage Act was expanded under the Liberal rule, and the appeal rights limited, disturbing the balance between preserving true cultural heritage buildings versus allowing municipalities to run roughshod over development. The redevelopment of the Glen Abbey Golf Course and its outrageous designation as a cultural heritage site is the most glaring example. Changes will be made to the Ontario Heritage Act to provide appropriate protection for true cultural heritage sites but allow appeals to determine the appropriateness of the designations.

The Growth Plan, while commendable in its intension to limit sprawl, its most recent aggressive amendments have created density targets for many municipalities that are currently unachievable. They also simply raise the price of developable land and make landowners rich and homebuyers either poor or keep them out of the market. Growth Plan targets for various municipalities will be reduced to allow for greater choice of housing in those areas. Not everyone wants to live in a 550-sq.-ft. box on the 30th floor.

There is still much work to be done to implement many of these proposals, and there will be further consultation with all stakeholders to ensure that the results benefit the ultimate homebuyer or renter. If supply is increased, development time reduced and costs managed and contained, more supply will be available faster at more affordable prices, while protecting the Greenbelt and applying sound planning principles.

Leor Margulies is a Partner at Robins Appleby LLP and an executive on the BILD Board of Directors, Toronto. robinsappleby.com

THE DESIGNER: The elephant in the room