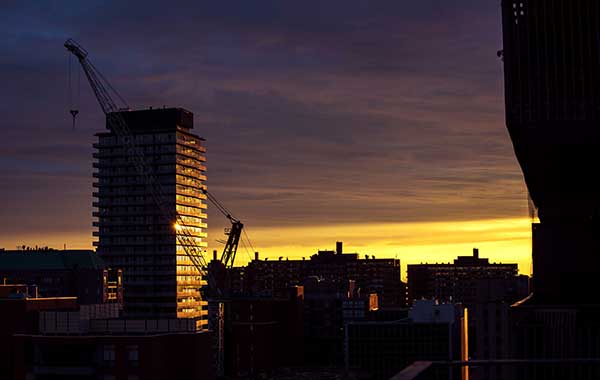 Media coverage of the new home affordability crisis in Toronto and across the Greater Toronto Area has been substantial.

Certainly, with the Altus Group statistics for August 2019 showing the benchmark price of new condominiums was $840,799 (up 7.2 per cent over the last 12 months), and with the benchmark price of new single-family homes at $1.08 million, the concern is well founded. First-time buyers, in particular, are finding homeownership out of their financial reach. As tempting as it is to blame builders and developers, the overall picture places all three levels of our government right in the centre of this crisis.

An Altus Group report commissioned by BILD and published Sept. 13, 2019, showed that in the GTA, government fees, taxes and charges on new homes are among the highest in North America.

To say development charges here are disproportionate is an understatement.

Flashback to May 2018, when a similar Altus Group Report found the average government charges for a new single-detached home were $186,300, and for the average new highrise, $122,800. If these charges continue to rise in the future, even more people will be priced out of the market. Of course, development charges are necessary to help cover the capital costs of improving and adding to infrastructure and services as populations grow. People need roads, amenities, sewers, water, emergency services and the like. And yes, new-home buyers have to pay their fair share. But what is fair?

That’s only part of the picture. Land prices have soared over the past few years, as have the costs of trade labour, supplies, materials, administration, engineering, architecture, advertising and the numerous other services necessary to bring new home communities to market. Remember, too, that once a developer purchases a piece of land, it usually takes years to obtain all of the approvals to build on it. Typically, developers cap development charges, which helps somewhat, but it is a challenge.

In the end, transparency in government is important. So is our economy, and each year, the building and development industry creates thousands of jobs and contributes billions of dollars to our local, provincial and national economies. If people cannot buy homes, the possible domino effect is disturbing.

In the face of rising development charges, the new home market in Toronto and the GTA remains robust. We need all three levels of our government to be more realistic about charges imposed on new homes in order to continue this trend. With an election on the horizon, research the candidates’ stands on this issue and vote accordingly. THE INDUSTRY LEADER: Where did the money go?