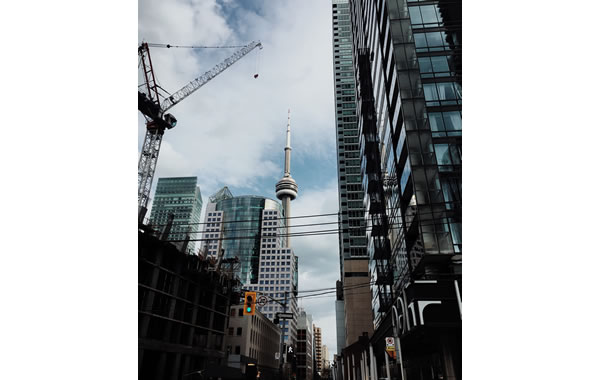 Are some City of Toronto councillors colour blind when it comes to developments?

In Round 4 of the war between the province and the City of Toronto on OPA 405 and 406, councillors Joe Cressy, Michael Layton and Kristyn Wong-Tam have decided to impose a traffic light system for approvals in the downtown core. But before explaining how the system works, some background is necessary. The start of the war occurred when the City of Toronto has two major Official Plan Amendments, OPA 405 (TO Core) and 406, utilizing Section 26 of the Planning Act. This latter section came into play in the final stages of the Wynne government through Bill 139. The normal process under Section 17 for Official Plan Amendments is to allow for appeals in the normal course to LPAT. However, under the newly enacted Section 26, a municipality may pass Official Plan Amendments and bypass and eliminate all appeals, provided that the Official Plan Amendment is approved by the Province.

Those of you who are aware of the history on OPA 405 relating to the Yonge-Eglinton Mid-Town Focus Study which was hijacked at the 11th hour by Councillor Robinson and 140 residents to upend and overturn three years of consultations and negotiations between the development industry, ratepayers and the City. The amended OPA 405 resulted in a much more restrictive Official Plan structure for that area and reducing heights by as much as 20 storeys from 35 to 15 stories close to transit.

So, the first part of the war was the City changing the legal process for approving these OP Amendments without notice to the development industry and based on legal opinions that have been obtained by the building industry, probably without following due process.

The quid pro quo under Section 26 for avoiding and eliminating appeals to LPAT is that the Province must approve Official Plan Amendments. In July 2018, both OP Amendments were passed by the City and sent to the Province for approval. The Province is required to apply provincial planning policies in its review, notwithstanding the City’s hope that either the Wynne government if it had been re-elected or the Conservatives, would simply rubberstamp City Council’s OP Amendments.

The Province then sought input from all interested parties including the municipality, developers, ratepayer groups and individuals. Both OP Amendments were posted on the public register for several months.

The Province by applying provincial planning policies that it felt were appropriate to be consistent with the growth plan for increased density, particularly around transit nodes, made substantial amendments to both Official Plan Amendments and issued them on June 5, 2019. With respect OPA 405, many of the original proposals that had been approved by the Planning Department, development industry and ratepayer groups were reinstated to allow for greater growth in the Yonge-Eglinton area while still preserving opportunities for parks and controlling density.

Notwithstanding that the City brought it upon itself the imposition by the Province of its own view of provincial planning policy on the OP Amendments, foul was declared by Mayor Tory and many of the Councillors. Of course, no one made any mention of the fact that this could have all been avoided had the City approved these OP Amendments through Section 17 of the Planning Act which would allow for an independent LPAT to assess whether the amendments were consistent with provincial policy.

Three downtown Councillors – Cressy, Layton and Wong-Tam – then made an announcement in July 2019 that they, through some unknown legal power, would instruct the Planning Department to impose a red-green traffic light system. Developments consistent with the original OPA 406 would get fast-track development approvals.

Those which did not adhere to the original OPA 406 but adhered to the provincially imposed OPA 406, would get a red light. We are not certain what that exactly means, as developments are generally stalled for years even with supposed green lights, but somehow the City would find a way to delay further these developments which did not adhere to the City’s view of TO Core.

Dave Wilkes, president and CEO of the Building Industry and Land Development Association, announced that BILD was “outraged by the announcement made by the City of Toronto Councillors, Joe Cressy, Michael Layton and Kristyn Wong-Tam.” He went on to say, “This blatant disregard of provincial policy is the opposite of the housing strategy. In fact, it is an anti-housing strategy. The net impact will add cost to the City, add cost to new home purchasers, increase the delays and much needed livable housing close to transit and lengthen approval times as challenges and appeals are undertaken to ensure that the law is respected.”

Most recently, Wilkes, together with a municipal lawyer from Aird & Berlis LLP, Eileen Costello, were featured on a debate chaired by Steve Paikin on The Agenda along with Wong-Tam and Cressy. Wilkes and Costello were excellent in their measured, rational but clear enunciation of the real culprits in this war. The Province didn’t ask to be consulted. The City chose to do so under Section 26. Rather than live with the consequences of their own actions, the downtown councillors chose to propose what is most likely an illegal and unenforceable course of action. Their efforts to disregard provincial law are inappropriate, disrespectful of the legal system, and not worthy of their public office.

THE ARCHITECT: Design should pay tribute to location

An increase in supply is essential to improving the GTA’s rental...