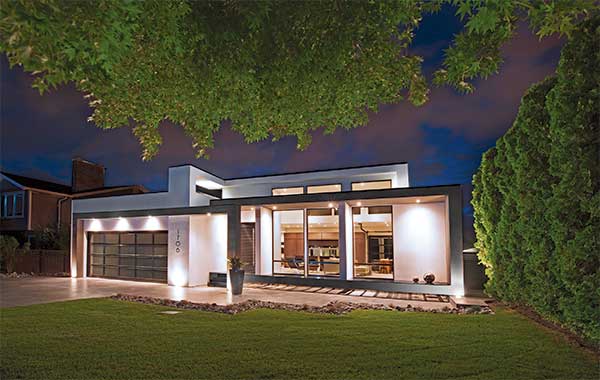 Kim Larson’s climb to the top has taken a number of routes through several countries before eventually landing her back in her home range of Kelowna, B.C. The founder and owner of All Elements got her start early. By age 14 Larson was working at local design firms in order to gain experience. From there, she went on to earn an architectural technology degree at the University of California, tacking on an AutoCad technology certificate and a minor in interior design. She worked in California, Vancouver, and Australia before returning to the Okanagan Valley and launching All Elements in 2009.

Since its launch, the company has grown exponentially – and picked up a shelf full of awards for their work. As a member of the Canadian Home Builders’ Association from the start, All Elements has collected 12 silver awards and a Home of the Year award, the latter for a 2014 project called Sin Ceras.

One current project that fits the bill is a 12,000-sq.ft. recreational home shared by a large extended family, set on a 2.5 acre site. The net- zero home has “10 or 11 bathrooms,” seven garages, two pools, a hot tub, and an extensive outdoor living area, plus a 3,000-sq. ft., two-bedroom guesthouse. In years past, All Elements has worked on large renovation projects ($250,000 or more) to fill gaps, but Larson says, “I prefer to keep it to new construction.”

This project, the largest they’ve built to date, comes at a time of massive growth for All Elements. In recent years, Larson says her company typically handled about five projects at a time. This year, she’s already got 16 on the books and has started a waiting list of interested clients. “We’re running off our feet,” she says.

All her projects are quoted on a cost-plus basis. “It’s too hard to try to do fixed price with the kind of houses we do. They’re not cookie cutter – they’ve never been done before and there are always things that come up.” She says that her clients like it that way. “We’re completely open book so they see all the receipts, and I’m in constant contact with them.”

She keeps her crews on as full-time employees, with a typical range of 25 to 35 people on staff. “We do everything in-house. That way we can guarantee the quality. Everything we do is better than code.”

In the midst of this rapid growth, Larson is facing the same issue most contractors and homebuilders do: difficulty in finding good help. “The labour shortage been our biggest struggle,” says Larson. “We’re looking for people who align with our values.”

To find those people, she’s searched – and hired people from – as far away as England, Scotland, Australia, and Jamaica. One creative hiring method has been to post ads at local ski hills. Those tend to attract Aussies and New Zealanders to great effect. “We find that they’re hard workers and are fun to work with.” She’s also actively trying to expand the available local workforce. Previously she’s taught classes at the Kelowna Centre for Arts and Technology and, for the past three years, All Elements has sponsored a scholarship for graduating high school students looking to get into construction, architecture, or engineering.

While women in construction are still relatively rare, rarer still is the company founded and lead by a female entrepreneur. On several occasions, Larson has been recognized for breaking through barriers, including three nominations for RBC’s Canadian Women Entrepreneur Awards.

But, early on in her career, she did face varying degrees of misogyny, with one man in particular standing out. “He was a gruff, HVAC guy who told me I was ‘just a girl’ so I didn’t know what I was talking about,” she recalls. “It steeled me to learn as much as possible. I draw a lot of knowledge from our trades and suppliers.”

Today, “That chauvinistic attitude is not really an issue. I’ve proved myself.” So much so that, “Over the years, I’ve become one of the guys. But they still know I’m the boss.” 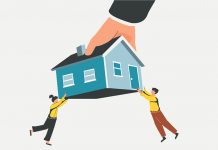 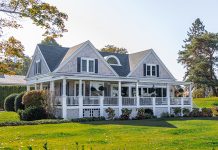 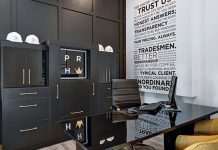 Community spirit – CHBA members giving back to the community