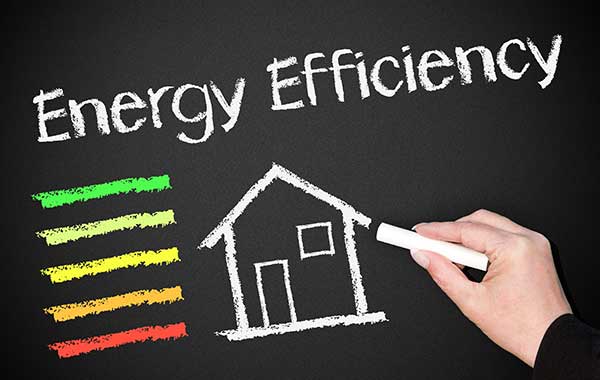 With evolving building codes focused on energy efficiency and greenhouse gas reductions becoming common around the world, and with carbon pricing now a reality across Canada, the choice of HVAC technology is becoming an increasingly complex but important decision. Pressure is mounting to use more Green heating and cooling systems, but it’s often unclear if there’s an economic case to switch away from conventional equipment in favour of a renewable technology. The reality is, however, that no one technology alone is likely to produce the best outcome for developers or the ultimate occupants of the building. To understand why, you first need to understand the character of energy demands from a building. Heating and cooling plants are sized to meet the highest heating and cooling loads of the year (think of this as the amount of horsepower a truck needs to pull its biggest load up a hill). But this metric alone is not enough to determine what systems to use – it tells only half the story. Most buildings have energy use profiles that rarely reach the peaks of the capacity for which they have been designed. Most of the time, the heating and cooling demands of the building are much lower than the total supply available, and in many cases, about 80 per cent of the energy needs of the building can be met with only 40 per cent of the peak design capacity.

Generally speaking, there is a dichotomy among HVAC technologies between capital and operating costs. Some technologies are cheap to install, but costly to run. Usually, these are conventional pieces of equipment that require input fuels and have more moving parts that are constantly under stress and therefore require more maintenance. Conversely, other technologies are expensive to install, but very cheap to run. These are often renewables, where the initial capital spend is usually higher than comparable conventional equipment, but tend to be mechanically simple and require much less input energy than their conventional counterparts.

Peak load versus base load

Now, remember what I mentioned about the character of the load profile in a typical building? Let’s imagine we can split a typical building load profile into two categories. The first, let’s call the “peak load,” happens very infrequently over the course of the year, but require a very high system capacity. The second, the “base load,” reflects the loads that are seen over most of the year and are far less extreme than the peak load.

A building that only had to deal with the base load would likely do better with a technology that has a low operating cost, as it’s constantly in use, and could justify the higher capital investment per unit of capacity. On the flip side, the peak load needs to meet large loads, but runs very infrequently, so we are likely better off to accept higher operating costs for this portion if it allows us to keep the initial capital cost low.

When you look at the world through this lens and combine these two load profiles, it becomes clear that a combination of technologies working in unison should produce the most financially optimal solution.

When developing energy system concepts, a helpful piece of information is a building, or district energy system’s “load duration curve.” This curve charts the heating demand for each hour (or day) of the year. The chart below is an example for a heating load duration curve for a multi-unit residential building in Toronto. What this curve illustrates is that a “base load” low-carbon energy system sized to 40 per cent of the peak design capacity can supply 80 to 90 per cent of the annual energy, which means 80 to 90 per cent of the GHG reductions compared to conventional systems. This analysis is important for optimizing the cost of meeting carbon objectives. While 100 per cent reductions may be desired (and necessary in the long run), the cost of this in the near term can be prohibitive. The good news is we can achieve very large reductions with optimized investments in low-carbon capacity. Choosing to incorporate multiple technologies also has a number of added benefits from a risk perspective. Using multiple technologies means there’s inherently redundancy in the system, so if one piece of equipment fails, another is in place. It also reduces exposure to changes in regulations and energy prices. If a project was using a geothermal/natural gas boiler configuration, and say, a natural gas ban was put in place, you’d only be exposed for a small part of the system to be switched over, versus a full retrofit had you gone fully conventional at outset.

This is a very generalized overview of the energy dynamic in developments, and there may very well be site specific considerations that justify a full swing to one technology or another. For example, it may make sense to completely eliminate conventional HVAC equipment from a mechanical penthouse if that space can be repurposed into highly valuable saleable area, and instead use, say, a geothermal system for the entire building’s heating and cooling needs. Each site will have specific considerations that need to be analyzed to determine the best system to maximize your goals.

The reality is that all builders must navigate the need to develop more sustainably and balance that against the need to be profitable. In the end, there is no silver bullet, and finding the ideal energy solution for your development is more than likely about discovering the mix of technologies that’s right for your specific application, rather than a single one-size-fits-all solution. The Analyst: Housing recession almost over