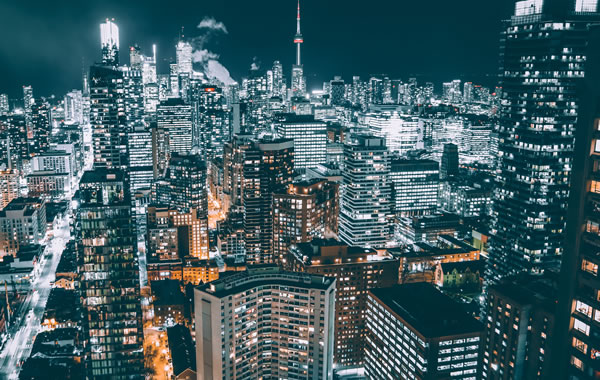 Tarion Warranty Corp. has been under siege ever since Justice Douglas Cunningham issued an in-depth report several years ago recommending a break up and restructuring – into two and possibly three entities.

It’s ironic that notwithstanding that Tarion has created some of the strongest homebuyer warranty programs and enforcement regimes for new-home building in the western world and possesses an exceptional balance sheet, the organization must constantly defend its very existence.

The root cause for Tarion’s dilemma is that it has gradually evolved from a pure warranty provider for new-home construction into a quasi-consumer protection agency for new-home buyers, regulating many aspects of contracts beyond construction deficiencies without having to go through the legislative process. It has always been under constant pressure from various governments over time to address and solve perceived homebuilding issues, whenever an issue gets reported in the media.

Justice Cunningham was engaged in 2016 to conduct a complete review of Tarion by the then Wynne government. The conclusion? Tarion wore too many hats. It creates the regulations by which builders had to operate; creates the warranties; administers the admission of the builders into the industry; sets the criteria for operation of builders and the security they are required to provide; backs up the warranties provided by the builders; acts as an adjudicator of disputes between builders and their customers; and, ultimately, it polices builders which did not adhere to their registration requirements. Justice Cunningham felt there were far too many conflicts in Tarion’s various roles. As a result, the government proposed to create a separation of some of the operations, particularly the builder licensing which would be separated from the administration of the warranties. Thought was also given to creating separate private warranty providers, as opposed to leaving one quasi-government operation to support the warranties.

Most recently, Auditor General Bonnie Lysyk produced a scathing 58-page report on Oct. 30, 2019 which, in some respects, regurgitated some of the conclusions of the Cunningham Report. It actually went much further, and performed a thorough business case analysis of the organization. Unfortunately, it was conducted from an accounting perspective and not a real life homebuilding perspective. (That report was unrealistic and unfair to Tarion and its officers, directors and employees.)

The Ford government jumped on the report to announce that it was “cleaning house” at Tarion. Government and Consumer Services Minister Lisa Thomson announced on Dec. 5, 2019: “I want to be clear: This is going to be a complete overhaul.”

As a result, the long standing CEO of Tarion, Howard Bogach, and the Chair of the Tarion board, Paul Golini, Principal of the Empire Group, both resigned. Bogach, in my view, had done an admiral job of balancing the demands of consumers and the government, while government was trying to allow the building industry to operate efficiently and profitably. It was not an enviable job. The CEO’s position has been taken over by Peter Balasubramanian, former chief operating officer of Tarion. It remains unclear whether he will remain or if there will be a search for a new CEO.

In the meantime, decision making and changes are difficult to address under the current environment where the government is still working out the establishment of the separate regulatory/warranty/licensing arms and the spectre of the Lysyk report. Tarion is, as a result of that report, currently looking at additional grace periods for filing claims, which will only make it more difficult to manage the claims process both for Tarion and builders.

In early January, the government announced that for the time being it will not consider private insurers, as is the case in BC. This was in response to an NDP private members bill on Dec. 11th, 2019. The government has not entirely rejected the notion, but it feels that private insurance would not provide the best consumer vehicle and would result in higher costs and poor protection. This remains to be seen.

In the meantime, the major reforms that Justice Cunningham envisioned have not really been translated into the new organizations being proposed by the previous government and adopted by the current one.

For instance, a new entity has been created to handle the licensing of builders, separate and apart from Tarion. This entity will perform rigorous assessments of new builders in terms of their experience, education and history before allowing them to be registered as a licensed new-home builder in Ontario. However, the actual conditions for registering and doing business – such as how many homes you can build, what type and size of condominium you can build and applicable security – will all be administered by Tarion, as it does now. This means essentially a new builder will have to go through two vetting processes, one with the new licensing body, and then again with Tarion. It is unknown at this time how the two will interrelate, but certainly on the surface it seems to be duplication without much advantage. Even if a builder gets licensed by the new licensing entity, the conditions of registration may be so onerous that it will not be able to do business, in any event.

There is no doubt that proper reforms to Tarion, as recommended by the Cunningham and Lysyk reports and otherwise, should be considered, and to a large extent, implemented. A proper separation of both licensing and project registration, and regulation making and warranty enforcement, would ensure a fair process for both consumers and builders. Allowing private warranty providers to provide warranty should also be closely examined.

Unfortunately, Tarion has become a convenient whipping boy for governments and consumers whenever there is a perceived newhome building issue, such as cancelled condominiums. It remains to be seen what it will look like when all the regulatory changes are in full effect. From what I have seen so far, I’m not entirely hopeful that the new home warranty structures will be any better than the current one.

Bill 108 the bold solution the GTA needs to increase housing...

Why we need to find ways to help millennials and middle-income...