3D CityScapes has announced a breakthrough in its cloud streaming technology that allows its interactive visualization app to be available anywhere, on any device with internet connection.

“This technology will have a big impact on the approval process of future projects,” says Geoffrey Belsher, president of Resurgam Financial. “Having it available on the cloud, will be a game changer.”

Resurgam Financial has invested in a number of entrepreneur-led companies in their early stages across a wide range of industries, including finance and technology.

According to Julian Pucci, a sales agent specializing in pre-construction condos, his sales have tripled since he partnered with 3D CityScapes.

“Being able to see what the views will look like from the 20th floor balcony during the night, or during the day, being able to experience a variety of finishes before anything is built, it helps tremendously from a sales aspect,” says Pucci. “I had to change my entire business model based on this technology.”

“We found 3D CityScapes to have the highest-quality digital interactive environment applications available in the world, and are very excited to partner with them,” says Michael De Gasperis, vice-president of TACC Group of Companies. “Take it from somebody with decades of experience (in real estate and property development). This is the direction the industry is going, and you will not want to be left behind.” 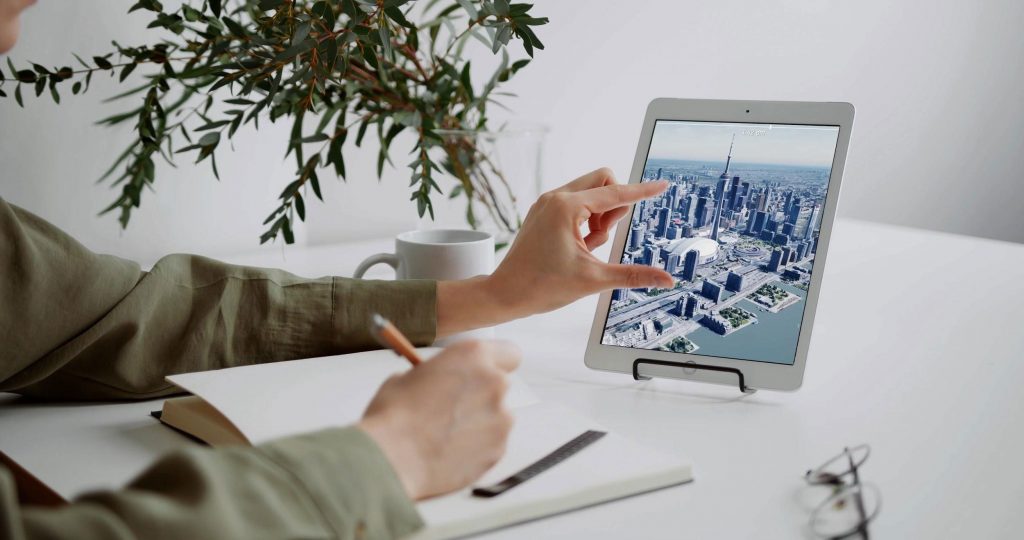 A new round of seed funding for 3D CityScapes led by Belsher and De Gasperis, who are also joining the board, was also recently announced.

This funding will be used to further develop 3D CityScapes’ applications. Specifically, the areas that the company will focus on are:

“We are building a digital twin of the entire world,” says Raza Jafri, founder and CEO of 3D CityScapes. “The implication is that we will provide an entirely new way of exploring, and visualizing data. There’s tremendous value in having this available for cloud streaming.”

Since being founded in 2019, 3D CityScapes has successfully completed its pre-seed and seed round funding, and partnered with prominent Canadian developers, real estate companies, municipalities and law firms. In October, the company finalized deals with one of the largest resorts in Orlando, Fla., and a master-planned community in Malaysia.

3D CityScapes Inc. is a technology company based in Canada specializing in building 3D interactive cities and environments using architecture plans and maps, creating dynamic interactive experiences of global projects in 4K. Founded in 2019, 3D CityScapes works with property developers, municipalities, urban planners and architects to provide ultra-realistic interiors and exteriors of buildings allowing its clients to experience projects before they are built.