When real estate developers purchase land, typically, they have to make assumptions on costs, what they can construct, and what they can sell the project for, once it is built. This helps them understand the value of the land. If those assumptions are wrong, the consequences can be dire. Inclusionary Zoning (IZ) is a new policy introduced in municipalities across Ontario that could represent a significant new project cost.

This needs to be on everyone’s radar when underwriting new deals.

The goal is to help address affordable housing needs. In 2018, the Province of Ontario adopted a new regulation under the Planning Act that allows municipalities enact IZ policies. In fact, an article on this topic appeared in Builder Bites at that time.

Fast forward a few years, and now municipalities are starting to roll this out by incorporating it into their local policies. Once implemented at the local level, IZ policies would require certain new residential development to include the provision of affordable housing. Each municipality must create their own specific policies and they will all be a bit different. This includes how big the project must be in order to trigger IZ policies, which parts of the city are subject to it, and how much affordable housing must be provided (if a project is subject to this new requirement).

Toronto is leading the way in implementing IZ policies with other municipalities (such as Ottawa, Durham Region, Peel Region, York Region) close behind. While this is a new policy for Ontario, it isn’t new in other parts of the world. Other major cities in North America struggling with housing affordability have already implemented similar policies, including New York, San Francisco, Boston and Vancouver.

Most people would agree that housing affordability is a major issue that needs to be addressed. IZ policies are expected to help address (not solve) this problem. It also translates to a very different bottom line for real estate developers with projects subject to these new requirements. Using Toronto as an example, if a project is subject to these new requirements it would be required to make 10 per cent of the proposed residential units affordable. At a recent public consultation event held by the City, staff advised that their intention is to increase this over time once the market adjusted to the new reality. In the future, this one per cent could become 20 per cent or greater! Those who are not aware of what and where Inclusionary Zoning applies may be paying too much for a property if suddenly 10 per cent of your expected revenue stream disappears. Checking on a municipality’s progress in implementing IZ policies and understanding if a project would be subject to this new requirement should now be part of every potential new deal being considered. There should also be clear transition policies for projects underway making them exempt.

Not all projects will be subject to these new requirements, and municipalities are still trying to determine precisely how it will work. For example, the City of Toronto is currently undertaking public consultation. The City has created draft Official Plan and Zoning By-Law Amendments to determine how this provincial policy will apply. Among the considerations are when a development must include affordable units, the length of time the units will be kept affordable, the number of units each development must set aside for this purpose and the determination of stewardship procedures to ensure their long-term affordability. One of the possibilities outlined in the draft bylaws is that developments in strong market areas might have to include a minimum of 10 per cent of the total new residential gross floor area for affordable ownership or affordable rental housing. Other numbers being considered are between three and 10 per cent of the gross floor area for 99 years, depending on location. Again, these are just possibilities, but any one of them could seriously impact the viability of a developer’s plan if unaccounted for early in the process.

We are currently in a transition period. Once this new policy regime has been in place long enough, it will just be part of the normal checklist, alongside development charges and cash in lieu of parkland. The point is that developers should become aware of this reality now as they plan future projects; there are still industry professionals who have not kept up with changes. Eventually, everyone in the industry will realize that Inclusionary Zoning is a reality and will consider it a cost of doing business. The market will adjust as it always does. In time, potential buyers will factor it into their costs and may no longer be willing to pay the same price they otherwise would have considered, and sellers will realize they may not be able to ask as much as they’d like. Until that happens, it could be a rocky road.

Inclusionary Zoning is important, as far too many individuals and families are being priced out of the housing market in Toronto and beyond. If, as a result, projects are cancelled or fail because of it, the situation becomes counterproductive. Developers have to be ahead of the game by researching, asking questions and finding out exactly where they stand on inclusionary zoning before they sign on the dotted line to purchase properties. 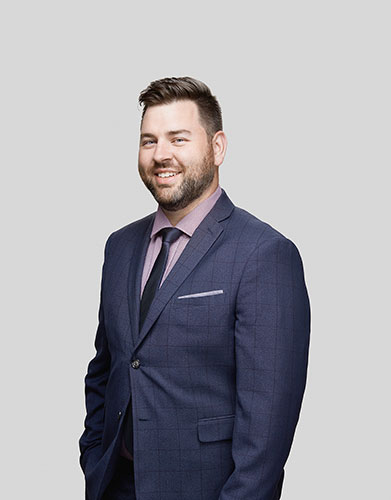 Slotegraaf forecasts projects and eliminates the ‘what ifs’