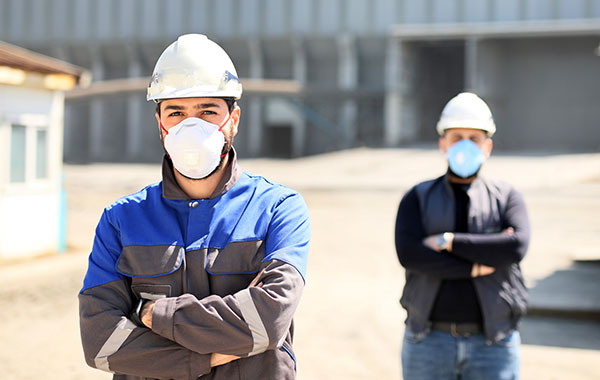 The residential building industry has been severely challenged this year with an array of major issues. First, there was the pandemic itself and the changes needed to operate within the health guidelines, then the loss of workers due to illness or quarantine, and all the related delays that continue to this date in the supply chain as a result of COVID-19 outbreaks. In addition, the tremendous demands for both labour and materials have caused significant materials shortages and price increases.

Added to all those items is the most recent labour unrest caused by LIUNA 183’s attempt to take over the stucco/EIFS trades by causing by itself, and in conjunction with other friendly unions, bricklayers to be relocated from job sites that were supporting either non-union stucco/EIFS trades or trades that were members of competing organizations. Further, work stoppages have occurred in the lowrise industry across the GTA as a result of these illegal tactics. In March 2021, the Ontario Labour Relations Board held that these tactics, although not constituting an illegal strike, were otherwise illegal for inciting workers to go on an illegal strike. A rather fine distinction.

So, what does all this mean to fixing occupancy dates and closing dates for highrise and lowrise new construction? The formulas contained in the Addendum were not really designed to cover the impact of a pandemic nor illegal labour shortages (unless it constitutes a strike). Tarion has tried to assist builders in coming up with interpretations to determine when the impacts of the pandemic occur, when they are over and how to calculate the Unavoidable Delay Period. But, quite frankly, there are still a lot of grey and unknown areas that are forcing builders to fly by the seat of their pants. Some of these issues include:

A. When to send the second notice

Tarion refers to the two components of the Unavoidable Delay Period, being the period when the event is in effect, such as a strike or the pandemic, plus the Remobilization Period, which is the time necessary to get all trades back onto the site and up to full strength. With a strike, the first part is easy: When the strike ends, the first component is complete. The second part of course is much more difficult to determine but at least there is some process that can be followed and viewed after the strike is over. Right now, Tarion suggests that 30 days at a minimum, is appropriate to make this assessment.

But with the pandemic, the challenge is much greater. The pandemic never really ends. It is still going on. But construction is also going on, whereas with a strike or some other Unavoidable Delay event, construction stops. So what does that mean? One conservative view is that once the project is up and running and a builder can make a reasonable estimate of the time to get to closing based on the current situation of workers and material supplies, municipal approvals and pandemic regulations, they can then reset the Critical Dates at that time. But this means that the builder sends out the Second Notice hoping that their estimate is right and that there are no unforeseeable delays.

Other builders take the view that because the pandemic is ongoing and never really ends with impacts continually happening on a daily basis, it is impossible to say that the Unavoidable Delay has ended and, therefore, we never even get to a Remobilization Period. Also, Tarion seems to feel that only some monumental change in Emergency Orders would allow a new First Notice to be sent after a Second Notice is sent relating to the pandemic. In those cases, builders are simply setting dates 30, 60 or 90 days prior to their final target closing and hoping that nothing happens in that time period. I understand that even in those time periods, problems have occurred that are delaying closing. I cannot provide an answer as to what is the best approach, save that in either approach, keeping purchasers advised as to the state of construction and projected timing without committing to new Critical Dates is key and the longer the Second Notice one gives to purchasers to close, the less likely they are to object.

B. Completion of the roof assembly in a condominium

Another issue that has recently arisen relates to the calculation of the Unavoidable Delay Period. Under the Addendum, some lawyers are advising that one must calculate the total delay from the date that the Unavoidable Delay event started to the date that it ended, and add that total period to the applicable dates to calculate the new Critical Dates. Because the pandemic has been so long, doing so could in fact push the closing date or a firm occupancy date beyond the actual date that the unit would be ready to close. Tarion appears to suggest that the Unavoidable Delay Period is a maximum only and that the vendor may use less than the total number of days in the period. I agree with Tarion and interpret this section as intending to provide for a maximum extension only as long as there is at least 10 days minimum notice of the new Critical Dates.

D. Is the stucco/EIFS dispute a strike?

And what about the current illegal labour tactics of recent days impacting the bricklayers? An Unavoidable Delay covers a strike but not a labour dispute. Tarion recently issued a Bulletin referring to the OLRB Decision, which stated that from their perspective on the facts that they had seen, and based on the definition in the Labour Relations Act, Ontario, no strike had occurred. However, it left the door open for the facts and the law to be proven that a strike had indeed occurred by the withdrawal of the bricklaying services and that this could constitute an Unavoidable Delay.

There is no question that the pandemic and labour disputes have created challenges for builders, Tarion and lawyers in coping with an Addendum that really was not designed to deal with many of the issues that have occurred over the last year.

Builders should seek their own legal advice for any issues raised in this article and should not rely upon the opinions expressed by the writer.