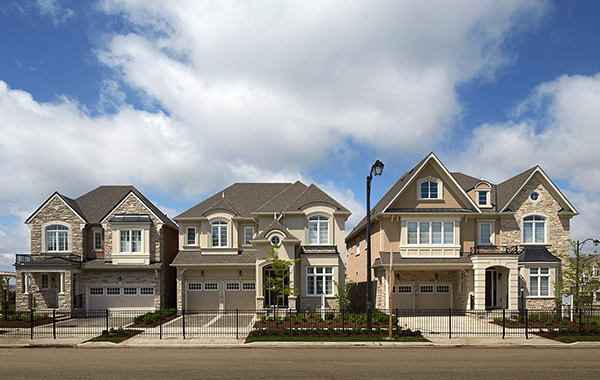 “The housing recession is almost over,” were the opening remarks from Peter Gilgan, the founder and CEO of Mattamy Homes at a recent Urban Land Institute “fireside chat” at the Board of Trade. I have had the distinct privilege to follow Peter’s remarkable career since its inception in 1978. He explained the secrets to his amazing success as these:

Gilgan’s address was insightful, penetrating and grounded. For an individual of such unrivalled success, incredible wealth and powerful philanthropy, his character was without bravado, full of humility, good humour and he gave credit to this team ahead of himself.

The one quote, among many that struck a cord, was that the “housing recession in the GTA is nearly over.”

A housing recession is an expression more broadly associated with a general economic recession and this, of course, has not been the case. In fact this “recession” has been confined to low- to medium-density housing product throughout the GTA. In contrast, the high-density housing scene continues to flourish, although the rapid price escalation that predicated a low-density correction is clearly underway in the highrise condo market.

This past year saw the lowest absorption of low-density homes since 1980 when PMA began keeping records. At 7,700 units, only the deep general recession of 1989 to 1994 comes close. In the year-end to January 2018, resale low-density prices have declined 9.1 per cent and since the peak in April 2017, have declined by 19 per cent — a very real and dramatic correction. The reset button in new low-density housing has not been pushed yet, except by Mattamy.

These past few weeks have seen Mattamy in Whitby, Kleinburg and Milton offering product and prices not seen since the fall of 2016, thereby eliminating the artificial and speculative gains form the spring of 2017. The consumer responded with lineups and very brisk sales. Mattamy got ahead of the market bottom and may, in fact, have set the new base. In the short term, there will be consumers negatively effected by this correction. But in the long term, as experienced by previous corrections in 1976, 1981, 1989, 2001 and 2008, the market will recover.

It is very important for the long-term health of the GTA’s economy and housing affordability that prices return to some semblance of balance with household formations and income. Over the next several months, prices will stabilize. The underlying demand quotient is still very strong. The real issue is with housing land supply.

Government policy at the provincial and federal levels attacked the demand side — higher interest rates, tougher approval rules and punishing investment taxes. It worked! At the municipal level the supply side ground to a halt. Smart growth became no growth. It also worked!

Now we have to encourage government policy at all levels to quickly and dramatically improve low-density supply. This market must be brought back into balance with swifter approvals, release of alternative development lands, innovative deregulations and the creation of a development ombudsman to assist in dispute resolution. Failure to take fast and effective action on supply will lead to a longer and a more devastating correction.

The “Housing Recession” is nearly over for Mattamy. The rest of the industry will slowly but surely adapt through the balance of 2017. For the consumer: in crisis there is opportunity. In the next several months this will be an exceptional time to re-enter the market.

Why employers should have contracts for non-unionized workers