The massive price increases that low- and highrise builders have seen over the last two years are causing some developers to consider a way to recover some of these cost increases on new projects to ensure their economic viability and reasonable returns.

There are essentially two types of cost increase clauses. The first is a clause that passes through any increases for construction costs that result from regulatory changes such as zoning, building code, site plan or development approval requirements, from the date that the purchase agreement is signed or some fixed date. The second is a proposal from the Canadian Home Builders’ Association (CHBA) which attempts to pass through increases for specified building materials from a fixed date. The clause that CHBA proposes contemplates specific materials, a specific price per unit and the supplier. 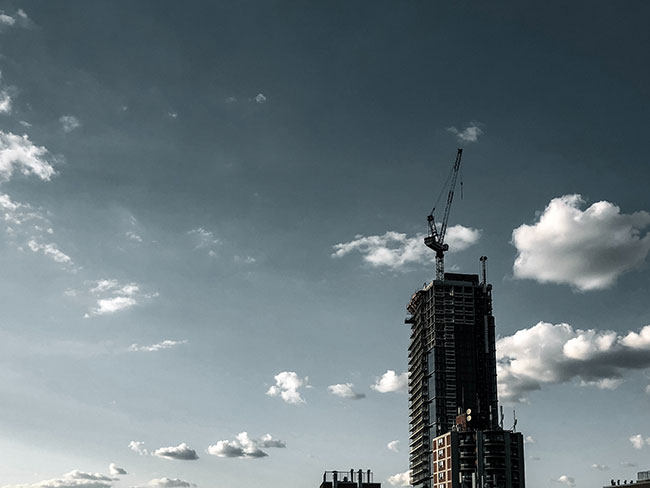 The CHBA clause also contemplates a right of the purchaser to terminate the purchase agreement, if the totality of the construction cost increases exceeds a fixed percentage prior to the builder incurring these costs. The entire clause, I believe, requires further consideration before being used in new purchase agreements. First, having to specifically identify the type of building material, its quantity and the supplier is a very detailed and onerous process. Establishing what the price was at a certain date and then what it went to will be challenging, and it’s unlikely builders will want to reveal this type of information. Second, identifying the materials is problematic, but there may be many materials that go into either a low- or a highrise project that can suffer cost increases. Which ones are included? Third, giving the purchasers the right to terminate if the cost increase is beyond a certain percentage, then allowing the developer to claw back, is problematic. An alternative would be to simply cap the percentage increase at a number and leave it at that. Otherwise, it starts getting too complicated.

An alternative to dealing with the current scarcity of materials and inflationary increases would be to use a recognized construction index for applicable buildings and materials, such that the benchmark would be fixed at the start of the project by way of a fixed date, and afterward, any increases from that particular index to the date of construction would be used. It would not be appropriate to use the closing date, because materials would have already been purchased before then, so the challenge will be fixing what would be the appropriate construction start date. But at least both the date and the indexes would be clear and would minimize conflicts with purchasers. This could be combined with an overall cap of percentage increase.

I expect that this type of clause will meet buyer resistance, unless it becomes prevalent in the industry. Unless a builder has a unique product that a purchaser is prepared to pay for such an increase, purchasers will look to competitive products, if they can, which are not burdened with this type of clause.

Purchasers are already burdened with a tremendous number of adjustments, helping vendors to capture a variety of small and larger costs. Everyone is familiar with the growing adjustments in condominium projects, for not only increases in development charges, but the full amount of park levies and Section 37 charges. The totality of these amounts is significant, and many purchasers then seek caps on these amounts. In some cases, builders are seeking an adjustment for full recovery of DCs as well, but with an overall cap.

Some builders have been moving to a much more streamlined list of adjustments, and fixing their prices accordingly. It is challenging for purchasers to figure out what their ultimate cost will be with the myriad of adjustments. Certain pass through of unforeseen increases in costs is fair. Others appear to be a means to minimize the advertised price, and recapture additional revenue by way of adjustments.

Given the direction that both Tarion and Home Construction Regulatory Authority are going, it would not surprise me if there will ultimately be a push to minimize adjustments and include them in the purchase price. But until then, the free market will govern. If, however, we leave these adjustments to be regulated, the results may not be as attractive as the industry doing its own self-regulation.

It’s something for the industry to consider.

The rapid transformation of the real estate industry