Detached homes in Toronto proper are trading at about $1.75 million, while those in Vancouver are just shy of the $2-million mark. These prices trickle across each city, and from there to the ordinary lives of millions of citizens. A $1-million mortgage at today’s five-year fixed rates, 25-year amortization costs about $4,300 per month. And that’s after tax has been paid on the income. Canadians, especially those in their 20s who have jobs in our metropolises, are feeling real pain.

So, when the various levels of government get onto the bandwagon of their pain, those in the know raise more than the solitary eyebrow. Those who don’t know are being sold political spin because costly home prices are in substantial measure because of government. In fact, governments are the single largest contributors to the artificially high cost of homes in Canada’s big cities. While those in the industry can now release their raised eyebrows, everybody else – it’s your turn.

The first point is that local municipalities restrict the supply of residential real estate. Unelected career civil servants, rubber stamped by lifer politicians who fail to understand real estate or appreciate market forces, dictate to the market what can be built and where. Developers are forbidden from building new residential real estate supply on vast tracts of metropolitan Canada because a handful of unaccountable officials decided that despite the crushing need for homes, a particular site cannot be used to build homes – the “zoning is not in place.” The justification – if there is one, is buried in the untested assumptions of a report which Council didn’t read but approved. Guaranteed.

As far as the municipality is concerned, it matters not one bit that the zoning plans are five years old. Or that the market doesn’t want to use that particular site for anything besides new homes. Or that the folks who put the plan out are de facto unaccountable for their decisions, which speaks to the lack of people power, aka democracy, in our political system. For ordinary citizens who are struggling to afford a roof above their heads, it matters that the potential supply of residential units is severely, artificially restricted. And that hurts our quality of life.

Second – taxes, fees and a battery of payments to government coffers. One can easily be forced to pay $300,000 to the various branches of government to build a single-detached house in suburban Markham, Ont., for example. Think about that. That’s about the median price of an entire home in Florida today. If government adds hundreds of thousands of dollars to the price of our homes, is it not surprising that our homes cost as much as they do? You don’t need a PhD in economics to understand what happens to the prices of goods or services with this home tax. 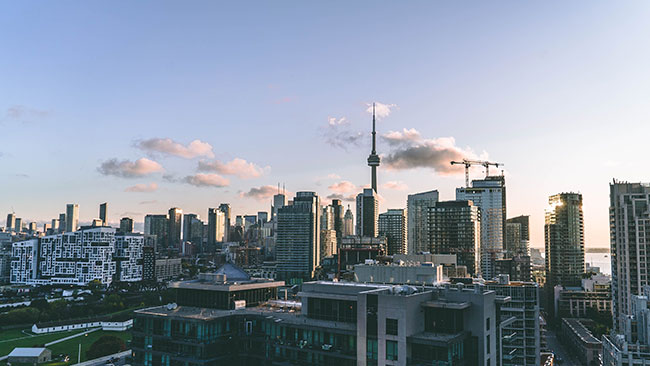 The real surprise is that it’s the cluster of government tiers which currently is harping on about the cost of homes. If elected politicians really want to make housing cheaper, they should reduce the fees and permit costs. Instead, not only do municipal councillors continue to sign off on their expenses, but they are unwilling to make the connection between their policies and the results thereof.

Yes, the public sector needs funds for public services. There is that pushback. However, this leads to the third point, the enormous magnitude of taxes and fees which are paid to develop new residential supply are linked to the non-performance of the government sector. In other words, if our public sector had a high-performance culture, would taxpayers, including the kids who buy candy, and the homeless who buy coffee, not be paying less by way of fees and taxes on new housing costs?

Take the federal government, from which it is statistically harder to be fired for poor performance than it is to join Canada’s astronaut program, the same government which had employees take off an average 13.9 days off per year in the last five years for sick leave. I won’t mention the world’s most generous pension package. Contrast that with 5.6 sick days per year from those in the private sector’s professional, scientific and technical communities, as well as the churning out of non-performing talent. We are paying exorbitant taxes and fees in part because the public sector is culturally a low performance environment.

It’s convenient for the public sector to ignore its own role in our high cost of homes. That doesn’t really help anybody. If we want to reduce home prices, we can’t ignore the market, can’t continue paying extortionate development fees and taxes, and need the public sector be way fitter than it currently is.

Dr. Saqib Qureshi, Fellow of the London School of Economics, is CEO of Building Capital Inc. in Markham, Ont. He is the author of The Broken Contract. buildingcap.ca

How will the housing industry react to inflation and rising interest rates?

Active House Symposium an opportunity for development industry to get on...

Building Answers campaign the beginning of communications and understanding with GTA...